Welcome! You've reached my personal page where I hope to describe who I am and what makes me tick.

For the past 15 years I've focused on bringing life-changing mobile experiences to people through my extensive programming experience and leadership skills. Most recently I've been focused on defining products and building world-class teams as the CTO of various companies.

Bread AG (formerlly breadwallet LLC) is a cryptocurrency startup. As CTO, I am responsible for carrying out the product vision for the company.

As the first senior engineer at the company, I was tasked with defining our technology stack for years to come. For Bread's infrastructure I chose a swarm of microservices written in Go and hosted on GKE (Google Kubernetes Engine). For our frontend technolgy I managed the development of iOS and Android native apps, and created an in-house HTML5 platform which dramatically improved our turn around time for high-iteration products like our exchange product. 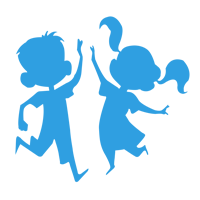 Making Friends' mission was to dramatically improve the quality and effectiveness of autism care services. We started in 2013 with an iPad game focused on teaching social skills to kids on the medium-high autistic spectrum. In 2014 we pivoted into a patient management platform as we learned more about the space. In 2015 our staff and product was acquired by Nightingale.

Lightt began as the manifestation of my desire to create a moving, daily portrait of mine and my friends life. In a way, it is sort of the ancestor to Snapchat and Instagram Stories. It was a video capture and consuption application that allowed you to capture short segments that became part of an infite timeline you could jump into at any time.

Steamboat Labs is a technology botique specializing in building MVP products for entrepreneurs. We've built companies that started as sketches on bar napkins as well as provided mission-critical technology for Fortune 50 companies, and nearly everything in-between.

Acquired by Microsoft in 2012

Yammer is a workplace communication platform that has been described as a private Facebook for your company. I joined at a time when they had no mobile team or vision to speak of. In a few months time, I designed and created their iPhone app and soon after the iPad app. These became the basis for the apps developed by the Android team which I also lead.

Though I am currently the CTO of Bread, I am enthusiastic to help young companies and entrepreneurs get their businesses started. I am also available for speaking engagements and training in engineering and business leadership.